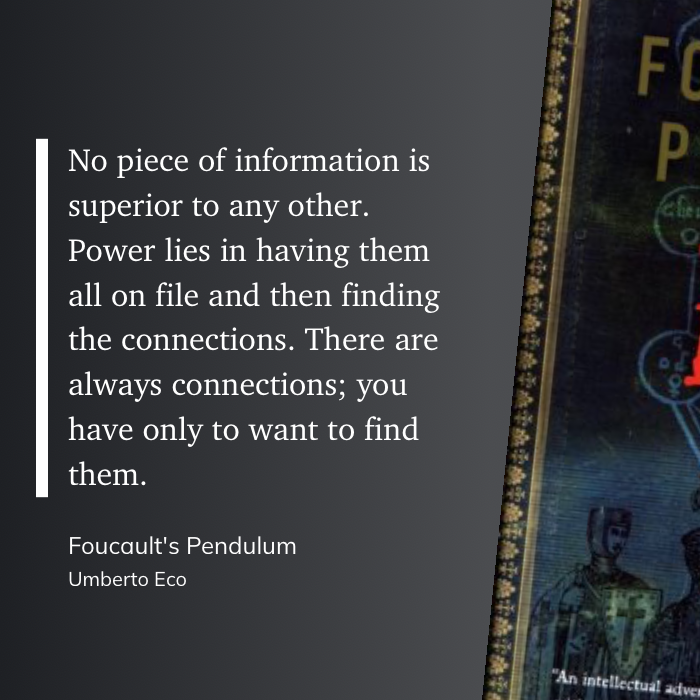 @jean @JohnPhilpin I’ll take that as a recommendation to reread it. I used to have a copy (paperback) but it has long since disappeared.

@JohnPhilpin I enjoyed this retrospect.I started my last year of Highschool in 1988, and had applied for “VK2 – Data og Informasjon”, (Continuation Program 2 – Data (Computers, really) and Information. We never even tried Dial-up that year(!)

And then this today on Gaping Void, including one of his more famous graphics;

Everyone talks about “Digital Transformation” (DT), but few people talk about what it actually means.

Because it has the word “Digital” in it, one automatically assumes it has something to do with microchips and the Internet, i.e. technology.

Well, yes, it does, but that’s not the main thing. The main play in DT is information, i.e. data.

But as our now viral image implies, it’s not just enough to have “more” data. A bigger pile of nothing is still nothing.

What’s specifically interesting about this quote to me is that Eco first published this book in 1988 (the first English translation a year later).

Knowledge Management and The DIKW model was only 14 years old at the time, but it happened to also be the same year that Russell Ackoff addressed the International Society for General Systems Research, citing the DIKW hierarchy. The Paper was published in 1989. (Wikipedia)

In the computer industry generally 1988 was when

@artkavanagh @Johnphilpin It was huge. One of the few hardcover books I purchased back then so I could read it right away. I remember it gave me a low-grade paranoia that I was always being watched. 🤔

I’ve gone to the Museé des Arts et Métiers to have a look. I do want to read it again.

@JohnPhilpin @jean I read that book and enjoyed it. Then I read a review in which Salman Rushdie tore into it, so I persuaded myself I hadn’t liked it after all. Years later, I read that Eco and Rushdie became friends and that Rushdie admitted he’d been a bit harsh. So long ago that I can’t remember what I thought I did/didn’t like about it. I might have to read it again — and I do remember it was very long.

@jean oh wow … I had added web mentions to my non-micro blog site and could never get it working. And then suddenly now it is!! w00t is I believe the suitable exclamation! Congrats on being my first ever cross-site web mention!!!

Now I guess I need to explore making them prettier …. its never done is it?

@JohnPhilpin One of my all-time favorite books.